The most topical issue among civil society organisations in Nigeria today is the proposed Non-Governmental Organisation Regulatory Commission Bill. The legislative bill introduced by Mr. Umar Buba representing Kogi State in the House of Representatives has as its main objective the regulation of NGOs in Nigeria. To achieve this purpose, the bill proposed the establishment of an NGO Regulatory Commission with far-reaching powers of oversight and regulation over the affairs of NGOs operating in the country. The strongest argument from the advocates of this bill, one of whom is the Speaker of the House of Representatives, Mr. Yakubu Dogara, is that the bill, when passed into law, will check the excesses of some NGOs who operate without regard for the law and without accountability and transparency in their operations. The bill, which is currently before the House of Representatives, has passed the second reading stage. 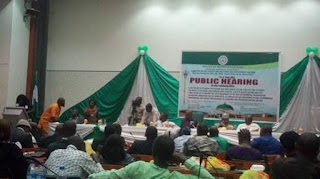 The proposed law has, since its introduction, generated lots of hues and cries from civil society organisations who see the bill as a pretext by the government to cage them, and further deepen the culture of impunity by government agencies which pervades the land. To some antagonists of the proposed bill, it is totally irrelevant and a waste of resources, as all the objectives that the bill seeks to achieve are already incorporated within existing laws. For example the opponents of the bill are of the opinion that the Companies and Allied Matters Act, and by extension the Corporate Affairs Commission established under it, already play regulatory role over NGOs in Nigeria. In addition, the tax issues, which the proposed NGO bill seeks to address, are already taken care of within existing tax laws and regulations in Nigeria. This apparent duplicity of purpose inherent in the bill further strengthens the fears of the members of the organised civil society that the proposed bill is nothing but a ruse to gag them and make their activities subject to the whims and dictates of government.

The proposed bill equally makes it mandatory for NGOs to involve relevant government agencies in their proposed projects in Section 25(b). The bill equally seeks to remove the power of NGOs to determine how to use their property. For example projects of NGOs must be in line with the national policy objectives of the government. It is not stated in the Act whether non-compliance with these objectives may be grounds for refusal to approve projects of NGOs. In addition, the proposed bill expressly provides that properties of NGOs will, from the commencement of the Act, belong to the people of Nigeria with the Federal Government acting as trustees for the people (Section 29(6)). Where the commission cancels the registration of an NGO or an NGO is unable to renew its certificate, its properties will be taken over by government.

These foregoing provisions of the proposed law clearly leave a lot of questions begging for answers. Indeed the impression one gets from the proposed law is that NGOs are one evil entity that needs strong monitoring and constant supervision from the government in order to prevent them from bringing impending doom to the society. These provisions also leave a lot to be imagined about the real intentions of the sponsors. The provisions of the bill clearly betray a lack of understanding of the nature of NGOs, the work they do and the legal framework for their activities in Nigeria. The proposed regulation of NGOs gave the impression of organisations operating outside of the ambit of the law in Nigeria. Nothing can be farther from the truth.

Contrary to the impression created by the proposed bill that NGOs operate outside the scope of the law and government regulatory agencies, virtually all NGOs operating in Nigeria are registered by the Corporate Affairs Commission, either as companies limited by guarantee or limited liability companies. In addition to the incidence of registration and the attendant legal consequence that entails, NGOs are subject to a wide range of regulation and supervision by the government. For instance, NGOs registered as incorporated trustees under the Companies and Allied Matters Act are required to file annual returns every year on their activities. In addition, there are restrictions on how NGOs can use properties at their disposal. The law (both statutory and common law) frowns on the use and conversion of properties of registered organisations for personal purposes by their directors.

Beyond the restrictions provided in CAMA, NGOs are also subject to various tax obligations and regulations under the Nigerian law. For instance, it is mandatory for NGOs to register for tax purposes with the Federal Inland Revenue Service upon registration, and obtain a tax identification number. This is to ensure that they don’t conduct their operations in ways that will make them serve as a conduit for engaging in tax-evasion activities. Also in order to prevent the use of NGOs for illicit financial activities, it is a precondition for their registration at the CAC that they obtain approval and clearance from the Economic and Financial Crimes Commission. In addition, there are a whole range of financial reporting regulations applicable in the banking sector which can be used to track the funds of NGOs particularly donations from abroad.

Foreign and local donors for NGOs also act as checks on their activities. From my personal experience, donors usually request from NGOs evidence of compliance with local and tax laws before committing themselves to giving them financial assistance. In addition, they often request for detailed feasibility report on their proposed project and evidence of their past project to ensure credibility and integrity. With all these safeguards and checks in place, it is thus curious why the government deems it necessary to have another regulatory commission in place which will do exactly what existing government agencies such as the CAC, EFCC and FIRS do.

Perhaps the greatest worry in respect of the proposed law is the various assumptions made therein that the government has the power to take over properties of NGO or to arrogate to itself the authority to direct the manner NGOs are to use their resources. This assumption clearly betrays the lack of understanding of the nature of NGOs. NGOs, by their nature, are private organisations set up by individuals and sometimes corporations to achieve certain social, religious, benevolent or educational objectives of a public character. However, despite the public nature of the activities of NGOs in the society, they remain, at all times, private entities except where they are set up by government agencies. Their finances, management, governing structure and operations are subject to the dictates of the individuals who set them up. To this extent they are entitled – just like in the case of individuals – to carry out a wide range of activities without undue interference from government or any outside influence.

To this extent NGOs enjoy equal level of rights as individuals, most importantly constitutional rights. Nigerian courts have held that juristic persons such as NGOs, companies and cooperative societies enjoy fundamental rights as natural persons. Onyekwuluje v Benue State Govt 2005 NWLR (Pt.928); Tell Communications Ltd v SSS (2000). Thus, NGOs have the right to own property, to determine the societal problem they want to tackle, and the manner in which they will use the resources at their disposal. Section 44 of the 1999 Constitution protects ownership rights of persons (both natural and juristic persons). The constitution goes ahead to prohibit compulsory acquisition of property of citizens by government.

Thus, to the extent that the proposed bill in Section 29(6) seeks to expropriate the assets of NGOs operating in Nigeria, it is null and void and ultra vires the constitution. Properties in the hands of NGOs remain, at all times, their private property which they can use as they deem necessary. The government has no business dictating or directing how such property is to be used as is being proposed by the NGO bill.

In addition, the requirement in the proposed law that NGOs must secure approval from the commission before they can embark on projects is a clear violation of the constitutionally-guaranteed right to liberty and freedom of association. It is no secret that due to the culture of impunity and highhandedness with which government power is used in Nigeria, some NGOs are specifically set up to fight obnoxious policies of government. Examples of such NGOs are Socio-Economic Rights and Accountability Project, the Nigerian Bar Association and Campaign for Democracy. These NGOs are always at the forefront of entrenching the culture of probity, transparency and accountability in governance in Nigeria. Most of their activities consist of organising seminars, road shows, public enlightenment and campaign against repressive government policies. What the government essentially seeks to do with the proposed NGO bill is to make all these impossible as these organisations will have to obtain prior approval from the commission – an agency of the same government they seek to fight – before they can engage in such activities.

To say that the proposed bill is undemocratic and anti-people is to state the obvious. It is strange to see why the government is hell-bent on silencing the voice of the people by all means. Civil organisations, among which are NGOs, have played a key role in fighting for the people in Nigeria, a task in which the government itself has failed abysmally. They have always been at the forefront of protecting the rights of the people. In addition they provide the necessary material support to victims of disaster in crisis-prone areas. Indeed the present humanitarian disaster being witnessed in the northern part of Nigeria today would have been more aggravated in degrees if not for the complementary roles played by NGOs. What NGOs need from the government is encouragement and not the current repressive bill being mooted by the National Assembly.

If the government is convinced that there are NGOs who violate the law, they should punish them in accordance with already laid down laws. There are existing legal frameworks in place to deal with such renegade organisations. All that is required is the strengthening of the capacity of existing government agencies to make them more effective and efficient in the discharge of their functions. The offensive NGO regulatory bill has no place in a democratic society. It is a waste of time and a misplacement of priority.
Posted by Olayinka Oyelami at 2:05 AM